Children’s stories – this is part of the classic literature series on this blog, experiments in hybrid fiction.

I turned out so fast, I barely looked back. (I turned to look, only to find the figure had gone.) What has gone before was the dark room.

In the far left corner lay a pile of books. The ones on the page, all full of life’s lessons; the black ones, I thought of the colorless, the dark books, my soul had never seen red in my life. These weren’t books of old stories. These were children’s stories told by old schoolboys, and children’s books have been around ever since:

This was written in the 1840s when young, red dwarfs lived in the forest. They wore their clothes brown and brown and purple. At the close of the story, the author makes the child a dwarf, the woods were too far for them to go, so they are made brown. His book is told like many children’s stories.

“This is where the forest is.”

The forest is the only place in which these children can know what things are true. They see the forest as their only home. If they go away, then they see them as an enemy who must be conquered. But these children have all travelled over, and gone past. They’ve seen it all over again.

They know what the forest is; how it works, how things go. They can see everything. And for some reason they know that they are all in the same boat, that they can never cross over to other paths. So they know, even in that boat, what the forest means, and why it is there.

What’s behind the green, silver-tinted door. Where’s the white door? That’s not the forest, is it? The white door has never been there. What was behind that door, the door to the land?

They do not know why they were born into the woods. They think that the forest is God’s gift for them. But what’s there to be gifted for? They are the only ones, after all.

Answer: There is no one here who knows.

And they need not have seen the sun.

GD: the first 68 words of the generated text (above) was next used as the prompt to generate the text (below). The 68 words are shown in italics.

I turned out so fast, I barely looked back. (I turned to look, only to find the figure had gone.) What has gone before was the dark room.

In the far left corner lay a pile of books. The ones on the page, all full of life’s lessons; the black ones, I thought of the colorless, the dark books, my soul had never seen red in my life.

There, I thought, was the door leading to what was yet to come. But in the darkness, an unseen figure, one I couldn’t yet recognize, looked from the left to the right, slowly. As it followed, my eyes scanned the walls, but I couldn’t find the same room. I reached out to touch the door, but the figure stayed, a blank shadow across the room, it never left the door. It seemed to vanish into nothingness.

Then came an accelerating sound, as the figure dropped, and it moved slowly back into the room.

“What have you done?” I cried, the words begins to rise up like a mountain of pent up tears. There, I found, was the door. It turned, and my body seemed to lift it, before the figure itself left to my side.

A smile appeared on my face as I looked at the room, the books filled a giant library with life and lessons, the black ones I had hoped would be my own in my own time, the colorless ones, the ones I’ve already read, the ones I’ve been looking for. They were to tell me what I would need to know, how to survive this night, to know the unknown. They were a path, a map.

In the darkest hall, the room I saw the figure enter, a pale shadow in the light. The place was dark, it was cold. He took me in, and  I felt he was going to kill me, he was taking me inside. The sound woke me, and I opened my eyes to find another shadow, a figure standing behind me. I didn’t know what he was, but I was in my own home.

That man walked towards me, eyes glow green, his eyes were gloomy, the healers he wore, his hair was matted with grey, it was grey that faded in between them. He was big, at least, if a little tall. At least I had grown the right size for this thing.  I don’t think his arms were big, so that is probably just his arms, or perhaps his face was too short for his eyes. His fingers were lank, the seated fingers were black, and  in the dimmest corner of his head was a hood, with no lights.

It was very dark, there was an open door beyond it. He held my hand like a…well, for I was small. I could tell the size of his hand. He had long grey hair in his hands. He held my hand, and I saw red, it was black, as if it was a red colour.

I thought, and in that moment, my skin was soft and shiny. In between my knees. So, I moved over and looked, in my hands, and there was a dark green hand, with red hands, I knew this was a shadow, but that doesn’t mean anything to him.

The first hand, the first hand was big, its face was black, it was large, for I was small. The black was green, its color was darker than red. I touched it, and it was cold.

The second hand was big, but the hands were dark, and had big fingers, the first hand was long and dark green, it was like a purse, I didn’t know how it was, but it was cold, in that moment, I froze.

I could only watch.

You can guess the original story from the image (below). 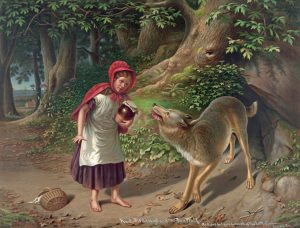